This weekend build came as an idea of a "photo booth" experience in the house, a way to take a quick picture with the baby or the cats and have it uploaded to a shared dropbox folder.

The Raspberry Pi 3 was a natural fit for this build as it has WiFi out of the box, GPIO support and the camera module is easy to set up. I could forward mount the camera with the SB Components case and I used velcro to attach the tiny breadboard to it.

Push button wired to pin 18 and the led to pin 17, both wired to ground, the LED via a resistor. 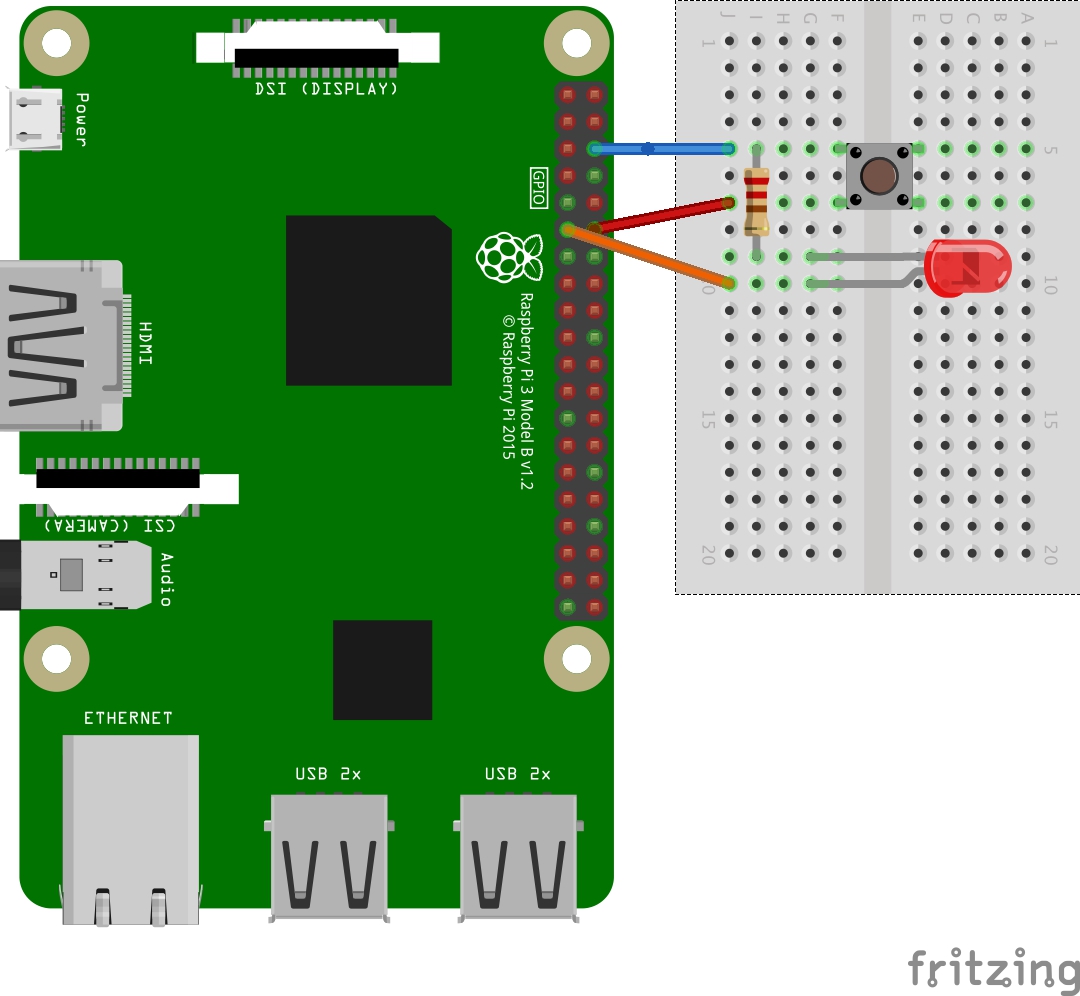 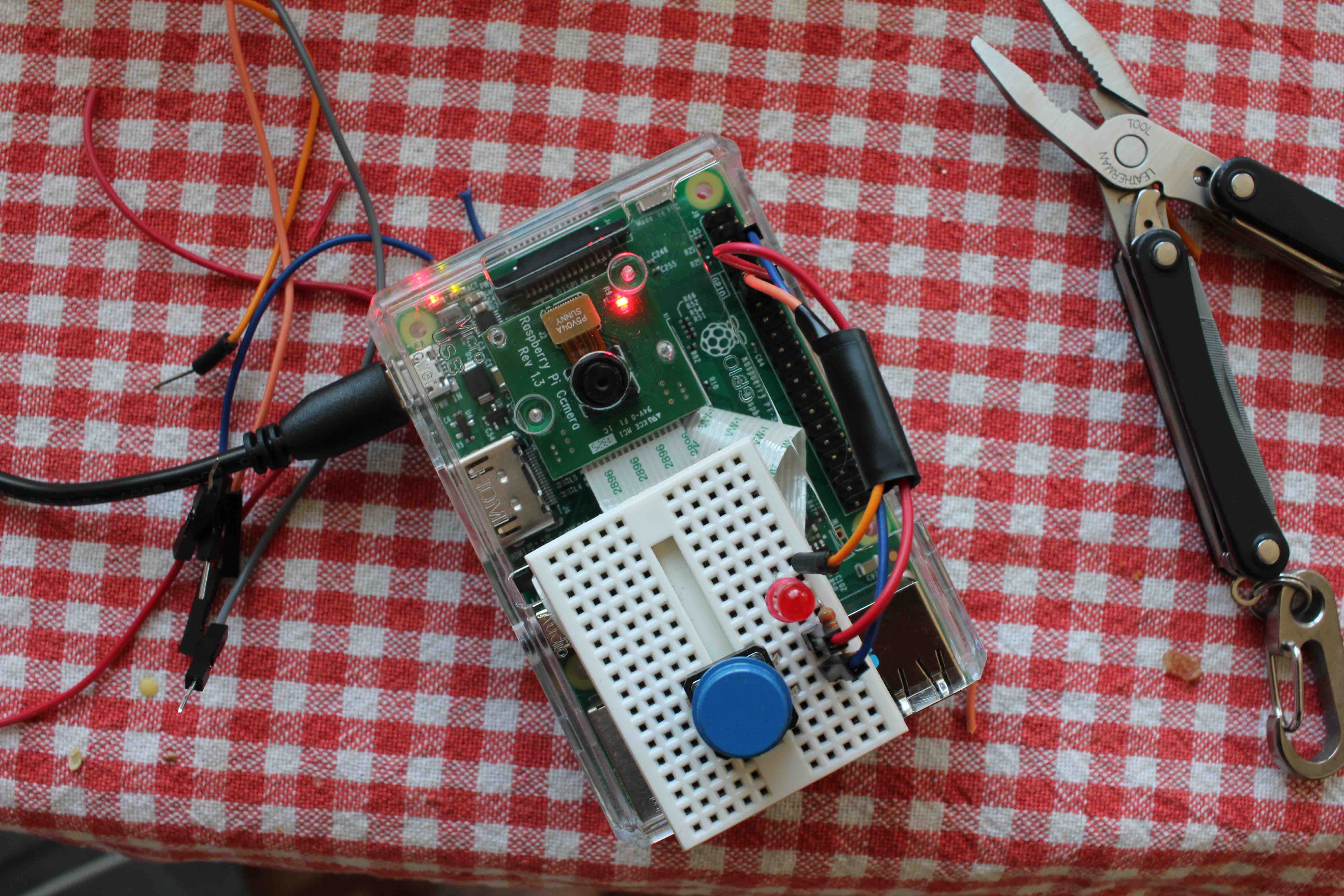 I discovered that you cannot share app folders in dropbox, so I had to re-do my application access types to share the photos with my wife. You can still use an app folder then auto move the photos to a shared folder using something like wappwolf.

The python program will use RPi.GPIO to listen for button presses and use the indicator led to signal a count down and take a picture using picamara. Uploading the image to dropbox is delegated to Dropbox-Uploader.

Step by step setup found on the project page in Github

To start the program on boot I modified /etc/rc.local to include the following lines

Wall mounted and ready to go, first 5 minutes we got a few pictures in and the LED indicator seems to catch the baby's attention, I was not blown away with the image quality on the camera module V1 but perhaps that could be mitigated with some of the picamara effects. 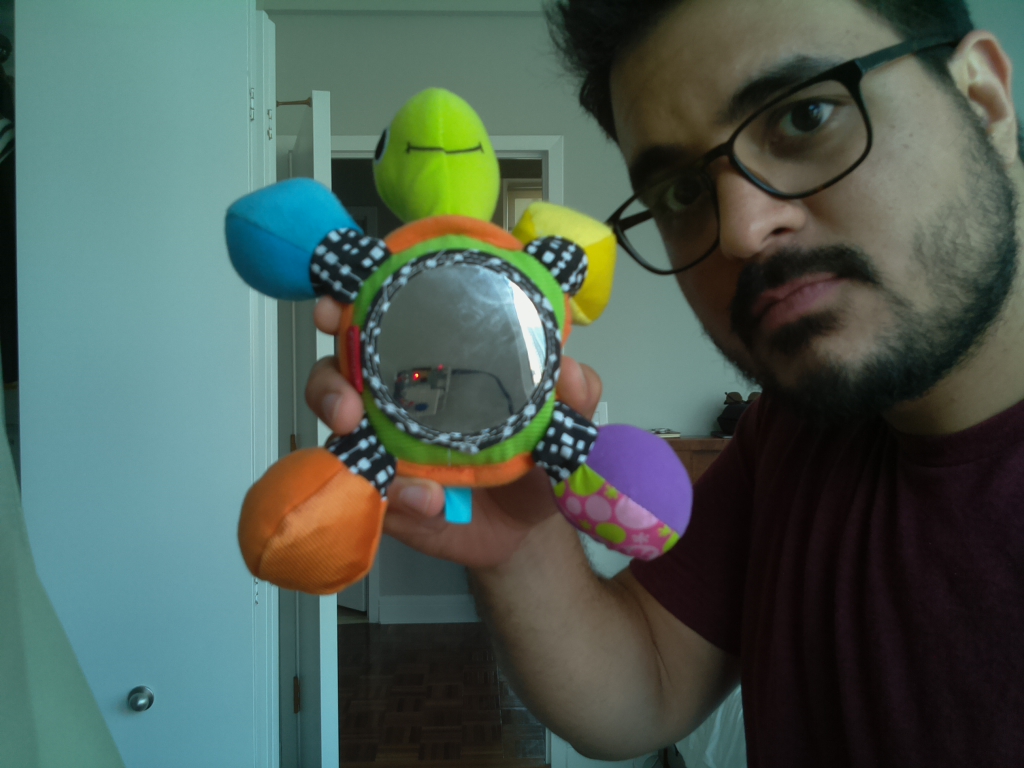 In this post I will describe how to use sysfs to access the GPIO pins in the BeagleBone black,…